According to the article 22 of the national (spanish) law 34/2002, approved on july 11th, about the information services and ecommerce, we inform you about cookies used on this site:

__utma, __utmb, __utmc, __utmz: These cookies allows Google Analytics to work properly. This software help us to collect and analize the information about the visitors such as what explorer use, number of new visitors, their answers to aour marketing campaigns and the time spent on the site. This info help us to improve the site and your experience within.

None of these cookies affects your privacy, all data is anonymously recollected only for statistic purpose. Google stores the data on their servers and do not share it with third parties unless it is required legally. If you want to know more about cookies usadas and Google Analytics, you can visit: https://support.google.com/analytics/answer/6004245?hl=en.

This site use third party cookies for analytcs purpose. If you continue to navigate you give your consent to our Cookies Policy. | Reject these conditions (you will be redirected to google.com).

Cultural and touristic interest moved Mijas' Town Hall to materialize the project of an ethnographical-historical museum dedicated to the sea and the watchtowers built along the Mijas coastline. It's a well known fact this area is eminently touristic nowadays, which implies a strong social and economical dependency on the touristic sector for the local population; all this added to the desire of making an historical and emblematic building finally serve a purpose. The goal is to achieve "social profitability", meaning not only benefits from a cultural and touristic standpoints, but also economical, educative and social.

Completing this project at the "Torre Batería" in La Cala will serve two very important and significant cultural goals:

First of all, the "Torre Batería" in La Cala, popularly known as "Torreón de la Cala" (La Cala's Turret), will finally serve a purpose after a series a very meticulous and respectful works in order to adapt it to its new functionality as an interpretation center and museum. This historical building will have the prominence it deserves and will be a point of interest not only for local kids and students but also for the whole Mijas population and, of course, tourists.

Secondly, our local historical heritage will be recovered and made known, thus, for the exposition design of this interpretation centre, two historic and one ethnographic event have been taken into account, one for each of the three exposition halls.

Hall of the Towers

This hall hosts a a general exhibition about the origins of the coastline surveillance, particularly regarding Mijas. The most important resources are the scale models of the four watchtowers in town, the reproduction of historical documents, a documentary about the characteristics of the defence system implemented by the watchtowers and, in the future, a digital archive.

In this hall we give homage to freedom and the defence of constitutional order, by means of remembering General Torrijos and his landing in "Playa del Charcón" in Mijas (Charcón beach) By means of using original texts and prints, this hall describes the landing of General Torrijos, the itinerary that he and his men followed throughout town until he reached "La Alquería" in Alhaurín de la Torre where they were captured and, shortly after, shot to death by a firing squad at San Andrés beach in Málaga. More information 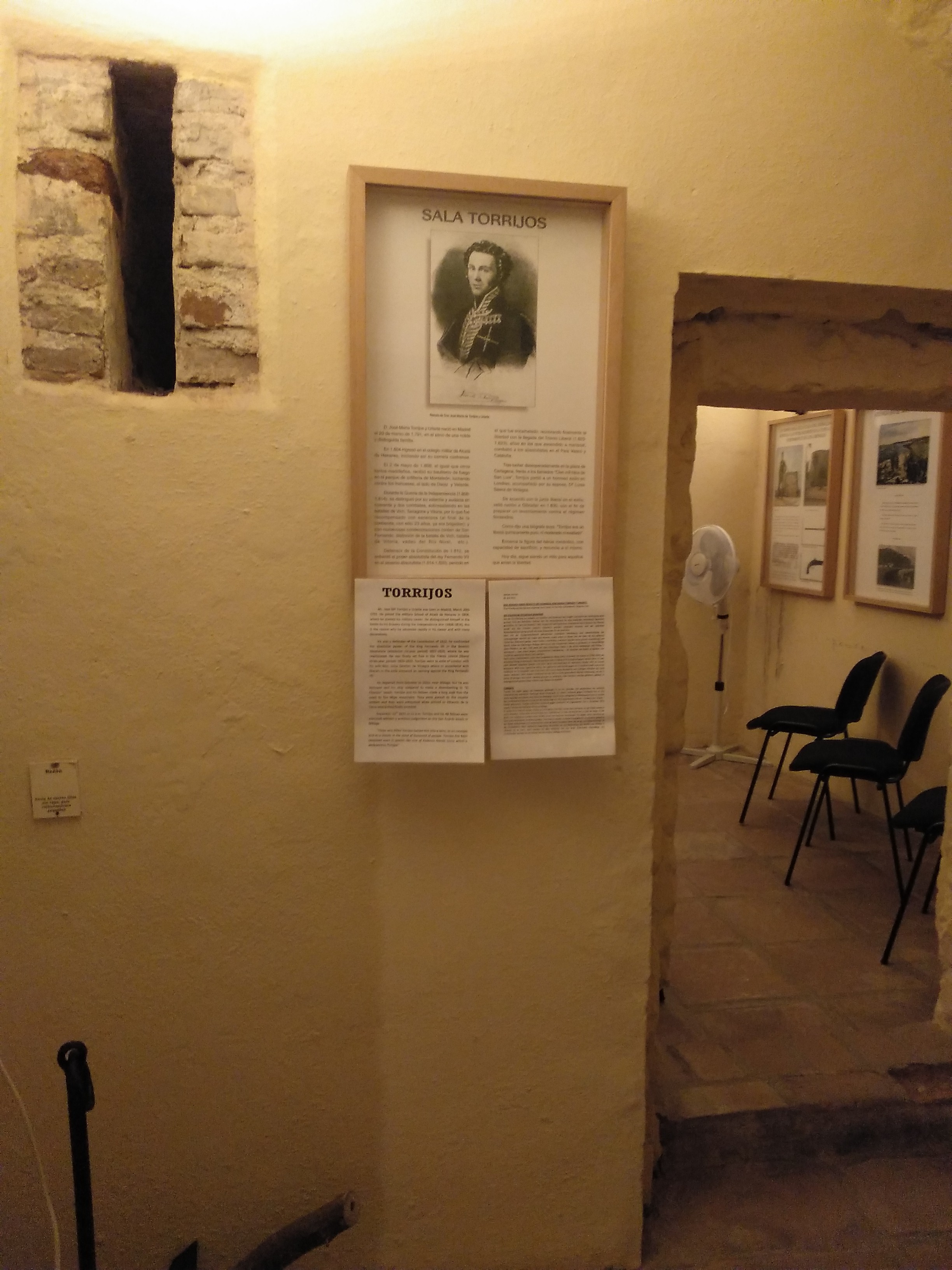 The local heritage as a fishing town of La Cala is shown in this hall. Traditional fishing boats such as the "traiña", the "jábega", the "sardinal" or the "patera", along with a collection of traditional fishing gear, are used as the main resources to explain the ways of life and other relevant aspects related to this ancient commercial activity. 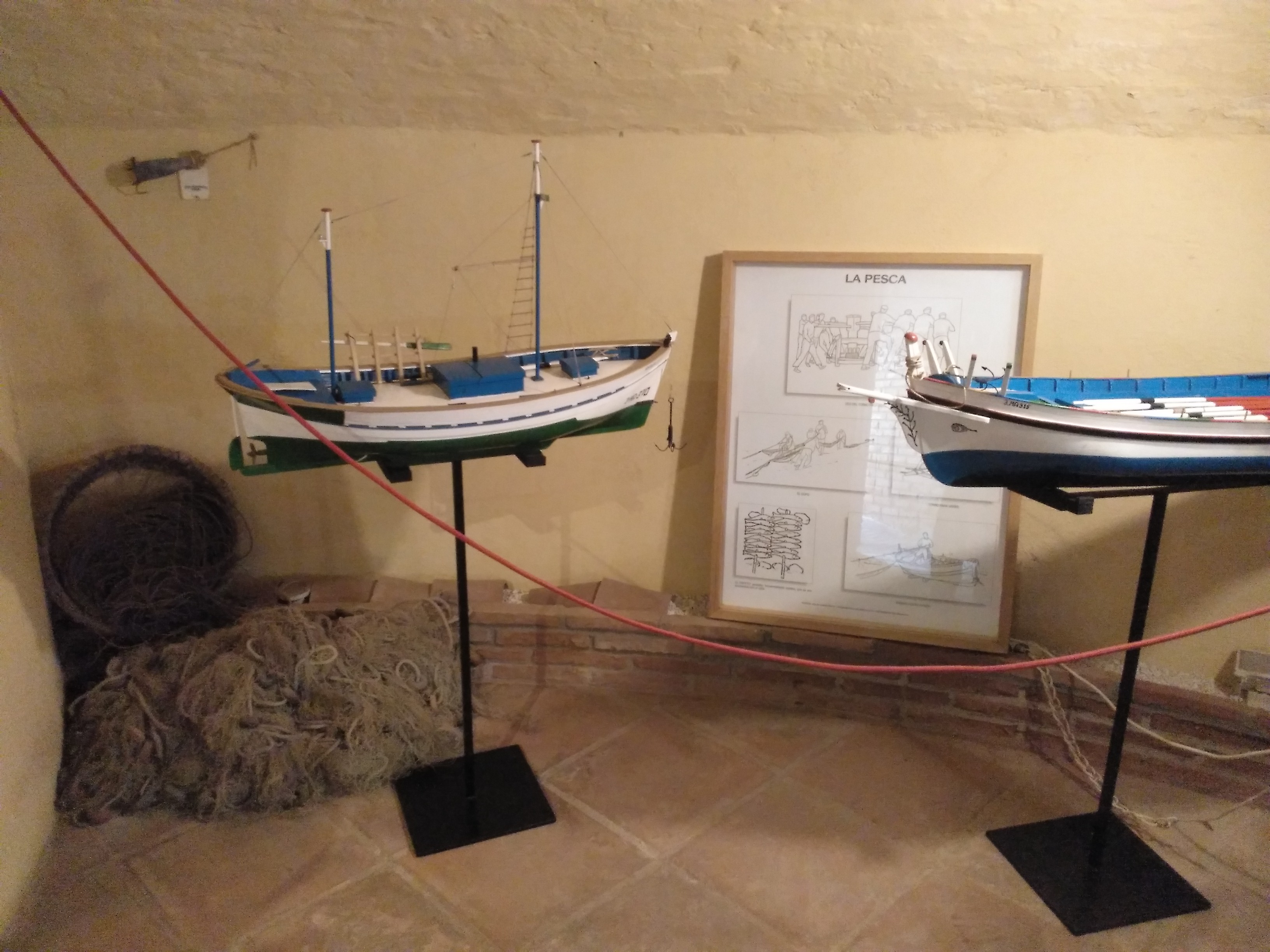